The Ramlak is a vast tentacled sea anemone type creature that prowled the Sand Sea where it remained submerged whilst it sought out prey.

Typically, the beast's tentacled mouth remained encased in a protective shell that resided below the sands whilst its tentacles attacked its food. When it consumed its prey, the creatures mouth emerged and the tentacle feeders by it were capable of extending in order to swallow food completely. The tentacles of the creature were strong enough to rip apart entire ships and it was known to consume large quantities of water which it stored within its body.

One such Ramlak was known to had consumed the entire watery oasis home of the Fishmen. This left Koinelius Tunar with nothing but rage and he assembled a crew of his fellow Fishmen which traveled the Sand Sea in order to slay the beast. As part of their plans, they used to leave food floating on the sands to attract the beast and incidentally captured the ThunderCats who were being led by Lion-O. Before the Fishmen could kill them, the Ramlak attacked their ship but were driven off by Lion-O and his comrades. Following Captain Tunar explaining his past, Lion-O decided to accompany him in slaying the beast.

They ultimately managed to find the creature but Captain Tuna's single minded pursuit of revenge led to the loss of the ship along with the near death of the entire crew. This forced Lion-O to save the crew whilst Koinelius Tunar attempted to slay the creature only to be dragged into the Sand Sea where he was presumed to had been killed. When the Ramlak emerged once more she seemingly swallowed Lion-O, but the Lord of the ThunderCats used the Sword of Omens to slice her apart from the inside. With her death, the entire stolen water of the Fishmen home was released into the sands creating a paradise oasis for the surviving crew who decided to remain behind.

It is similar to many giant underground worm-like creatures found in various sci-fi stories, such as the Graboids of the Tremors series. 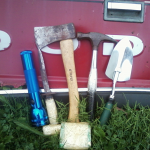 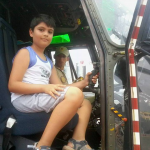