Prank Call is the fourth episode of ThunderCats Roar, the 2020 TV series.

Season 1 - Episode 4
Lion-O wants to prove to the ThunderKittens that he's not just some boring old adult, like Tygra, even if it means ignoring his instincts and messing with an obviously evil crystal. 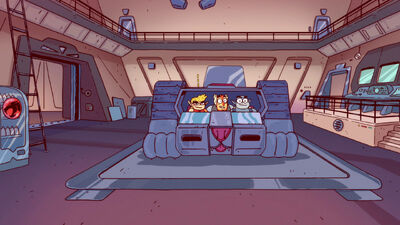 Add a photo to this gallery
Retrieved from "https://thundercats.fandom.com/wiki/Prank_Call?oldid=44664"
Community content is available under CC-BY-SA unless otherwise noted.