The Mutants are barbarians from the planet Plun-Darr who constantly wage war against the ThunderCats both on Thundera and Third Earth.

Upon arriving on Third Earth, the Mutants encounter a wizard by the name of Mumm-Ra who buries the Mutant Mothership beneath the desert sands as a demonstration of his power.  The Mutants respect Mumm-Ra's sorcery and agree to cooperate with him to defeat the ThunderCats, but Slithe notices that Mumm-Ra has a critical limitation in that he requires time to recharge in his sarcophagus.  Thus, the Mutants frequently act independently of Mumm-Ra.

The Mutants enslave a race of beings known as Brute-Men in order to construct Castle Plun-Darr and terrorize natives of Third Earth to plunder their resources, wreak havoc, and provoke the ThunderCats.  However, the ThunderCats prove to be formidable adversaries and the Mutants soon revisit Mumm-Ra to request he raise their spaceship from the desert for salvage purposes to help them compete with ThunderCat technology.  This enables Vultureman to develop several vehicles for the Mutants: the NoseDiver, the SkyCutters, the Flying Machine, and the Fistpounder.

Reptilian insignia
Add a photo to this gallery 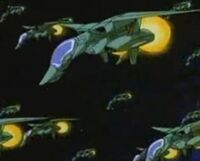 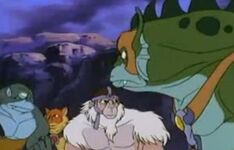 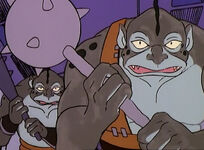 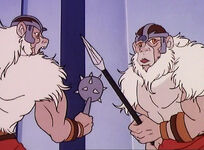 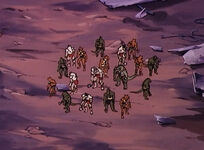 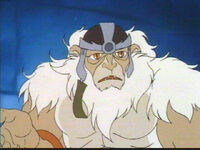 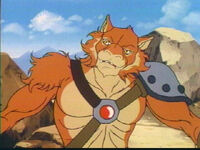 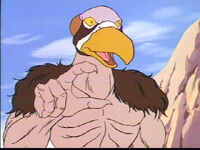 Add a photo to this gallery
Retrieved from "https://thundercats.fandom.com/wiki/Mutants?oldid=43732"
Community content is available under CC-BY-SA unless otherwise noted.