While there were a number of minor differences between the Glasslite and the LJN toys, the most notable difference was that Glasslite figures' torsos were held together by screws instead of glue like the LJN and Playful figures. For this reason, all ThunderCats figues produced by Glasslite had three screw-holes on their backs.

Also, while the evil characters in the Glasslite toyline were packeged on blister cards similar to the LJN packaging, the good characters had a completely different packaging. The good ThunderCats were packaged in boxes with open fronts and the figures inside encased in blister with a cellophane covering.

The toys were produced in three waves: 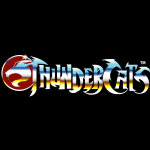