Little is known about the Cats's Lair on Old Thundera, but it was apparently very similar to the one built on Third Earth. 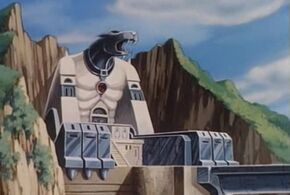 On Third Earth, the Lair was designed by Tygra. Initially, the six ThunderCats were going to build it themselves, but the Berbils offered to help build it. And so with their help, it was built quickly and, in turn, made it the home of the ThunderCats. It's features include a control room, telescopic vision, a hangar for vehicles, a library, a war room, and living quarters for the ThunderCats. The structure functions as a living quarters and a fortress. 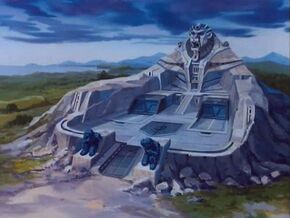 The new Cats's Lair on New Thundera was built by the Snarfs in a canyon full of ancient stone statues. Two of these statues stand guard over the fortress, and the Sword of Omens is capable of activating them for additional defense. The New Thundera Cats' Lair was more difficult to build initially due to Mumm-Ra's tampering of The Mighty Gyroscope. This Cats' Lair also has iconography of a lion, whereas the previous ones were non-descript cats in general motif. This is likely to differentiate it in-story from other locations.