The Black Pyramid is a structure that serves as Mumm-ra's lair that is located on Third Earth and situated past the Sand Sea.

Long ago, it was actually a spaceship used by Mumm-Ra where it resembled a double-sided pyramid capable of traveling through the stars. Serving as a giant mobile space station, it was able to support a whole population of animal species. All these races were forced to serve Mumm-Ra in his campaigns of conquest and enforcement of his commands was held by the ThunderCats. Mumm-Ra would take the ship to conquer the planet in order to acquire the War Stone to make him all powerful. However, at that time, a rebellion was orchestrated by Mumm-Ra's lieutenant Leo who later would become the first Lord of the ThunderCats. He managed to acquire the War Stone for himself and renamed it the Eye of Thundera that was then combined with the Sword of Omens. With this weapon in his hand, he battled Mumm-Ra in a legendary duel where the Thunderian commander managed to gain also the Tech Stone to create the Armor of Omens to finally defeat his master.

However, after a total defeat and a loss of all the stones of power, Mumm-Ra managed to flee into his sarcophagus in order to regain his strength later. But Panthera damaged the control panel to keep him trapped within the chamber for all of time. The battle, however, had damaged the Black Pyramid ship and caused it to fall into the magnetic energy storm of Third Earth. The subsequent crash scrambled the Book of Omens records but allowed all the animal species to survive and continue their civilization.

The Black Pyramid would remain abandoned and its surface would be covered with sand for centuries. It remained this way until Mumm-Ra used his powers to whisper into the mind of Grune who was on a quest with Panthro to recover the Book of Omens. With Mumm-Ra's voice guiding him, Grune entered into the Black Pyramid and freed Mumm-Ra from his sarcophagus thus allowing him to renew his quest in acquiring the stones of power. Afterwards, he would use the Black Pyramid as his headquarters from where to plot in retrieving the War Stone from Thundera. Following the fall of Thundera, Jaga would be captured by Mumm-Ra's forces and tortured in the Black Pyramid. Eventually, Jaga's soul was removed from his body and forced into a lantern from which Mumm-Ra intended to find the Book of Omens. 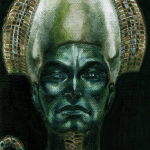 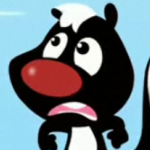 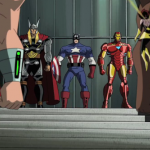